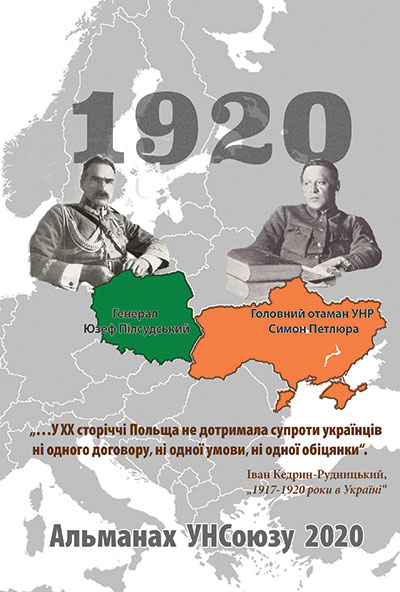 PARSIPPANY, N.J. – The 2020 Almanac of the Ukrainian National Association, which is published by Svoboda Press, was mailed earlier this year to Svoboda subscribers, but it is available for purchase by others who may be interested in this unique publication, which this year marks its 105th annual release.

The Ukrainian-language publication is devoted to historic anniversaries of the year 2020. The 288-page UNA Almanac opens with an article by the late Ivan Kedryn Rudnytsky, the well-known journalist active in Ukraine and the United States who was a longtime member of the Svoboda editorial staff. This excerpt from his memoirs speaks about the momentous year 1920 and what it meant for Ukraine.

Petro Kraliuk writes about the Treaty of Warsaw of 1920 through the eyes of a Ukrainian, while Lev Konstantynovych describes the dilemma faced by Ukrainian political leader Symon Petliura (1879-1926).

Other sections of the UNA Almanac for 2020 cover historic developments and entities such as the world’s first democratic constitution, that of Ukrainian Hetman Pylyk Orlyk, dating to 1710; the highly respected Ukrainian newspaper Dilo, the first daily newspaper for Ukrainians in Halychyna, which was founded 140 years ago, and its connections with the Ukrainian American newspaper Svoboda; the Ukrainian Military Organization (known by the Ukrainian acronym UVO) that was established in 1920; and the centennial of the Sich Riflemen’s movement as well as that of the Prosvita Society in the Zakarpattia region.

The Almanac also contains articles on political science topics, significant events in the literary and judicial fields, and the 70th anniversary of the death of Ukrainian Insurgent Army (UPA) Commander-in-Chief Roman Shukhevych.

Notable personages and jubilees are the focus of yet another chapter in the book. Literary works, miscellaneous stories about interesting topic, and articles about maintaining good health round out the volume, whose editor is Petro Chasto. 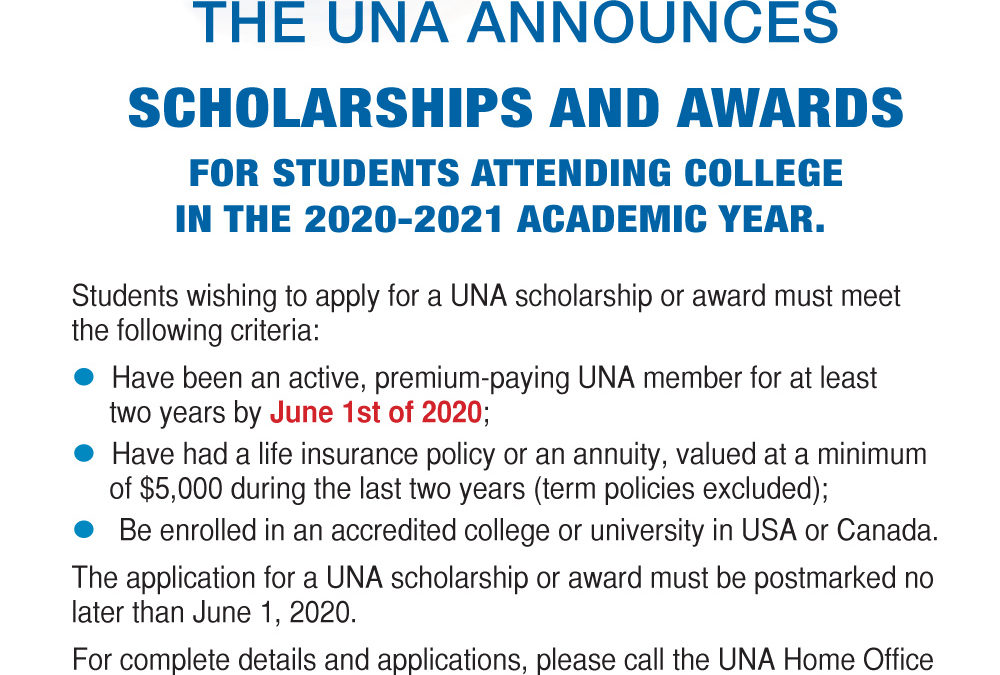 Scholarship opportunities for the 2020/2021 academic year!

We are proud to offer scholarships to both graduate and undergraduate university students. The application deadline is June 1. Lots more info can be found here: https://unainc.org/una/benefits/scholarships/#scholarships