PARSIPPANY, N.J. – The Ukrainian National Association’s Home Office was visited in January by two groups of Ukrainian Christmas carolers representing organizations that are headquartered at the nearby Ukrainian American Cultural Center of New Jersey. First, on January 15, came the “koliadnyky” of Plast Ukrainian Scouting Organization’s Newark branch (photo above), which is based in Whippany at the UACCNJ. Then, three days later, it was the Ukrainian Music Institute’s New Jersey branch that brought holiday greetings to the staff of the UNA and its two newspapers. 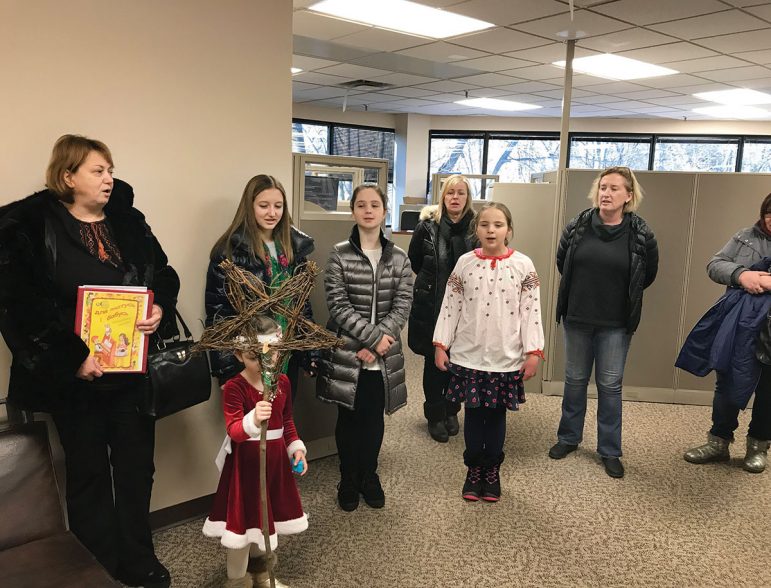